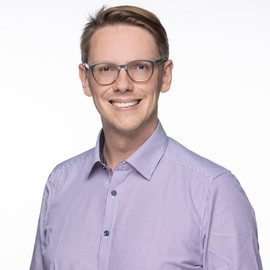 I am tenure-track assistant professor of Finance at the Department of Economics at the University in Copenhagen and a research fellow at the Danish Finance Institute.

I have a deep interest in the economic implications and evolution of blockchain-based settlement in financial markets. I pursue research questions related to market fragmentation, high frequency trading and big data in financial applications. My research is thus anchored in the intersection of market microstructure, asset pricing and financial econometrics.

I am also co-author of the book Tidy Finance with R, written with my colleagues Christoph Scheuch and Patrick Weiss.

You can find my current research on SSRN and arXiv.

Blockchain-based markets impose substantial costs on cross-market trading due to the decentralized and time-consuming settlement process. I quantify the impact of the time-consuming settlement process in the market for Bitcoin on arbitrageurs activity. The estimation rests on a novel threshold error correction model that exploits the notion that arbitrageurs suspend trading activity when arbitrage costs exceed price differences. I estimate substantial arbitrage costs that explain 63% of the observed price differences, where more than 75% of these costs can be attributed to the settlement process. I also find that a 10 bp decrease in latency-related arbitrage costs simultaneously results in a 3 bp increase of the quoted bid-ask spreads. I reconcile this finding in a theoretical model in which liquidity providers set larger spreads to cope with high adverse selection risks imposed by increased arbitrage activity. Consequently, efforts to reduce the latency of blockchain-based settlement might have unintended consequences for liquidity provision. In markets with substantial adverse selection risk, faster settlement may even harm price informativeness.

In statistics, samples are drawn from a population in a data-generating process (DGP). Standard errors measure the uncertainty in sample estimates of population parameters. In science, evidence is generated to test hypotheses in an evidence-generating process (EGP). We claim that EGP variation across researchers adds uncertainty: non-standard errors. To study them, we let 164 teams test six hypotheses on the same sample. We find that non-standard errors are sizeable, on par with standard errors. Their size (i) co-varies only weakly with team merits, reproducibility, or peer rating, (ii) declines significantly after peer-feedback, and (iii) is underestimated by participants.

Some of my lecture notes:

During the spring semester 2021 I designed a new course Advanced Empirical Finance: Topics and Data Science for the master students at KU. The course aims at providing a unified coding framework in R to tackle many (probably too many) common issues in empirical finance:

Thesis supervisor needed? Get in touch!

Bellman Equation outside of Finance. A short report on my first Kaggle Competition